Price guides for A pair of late Victorian Doulton Burslem...

Appraise and find values for
A pair of late Victorian Doulton Burslem... 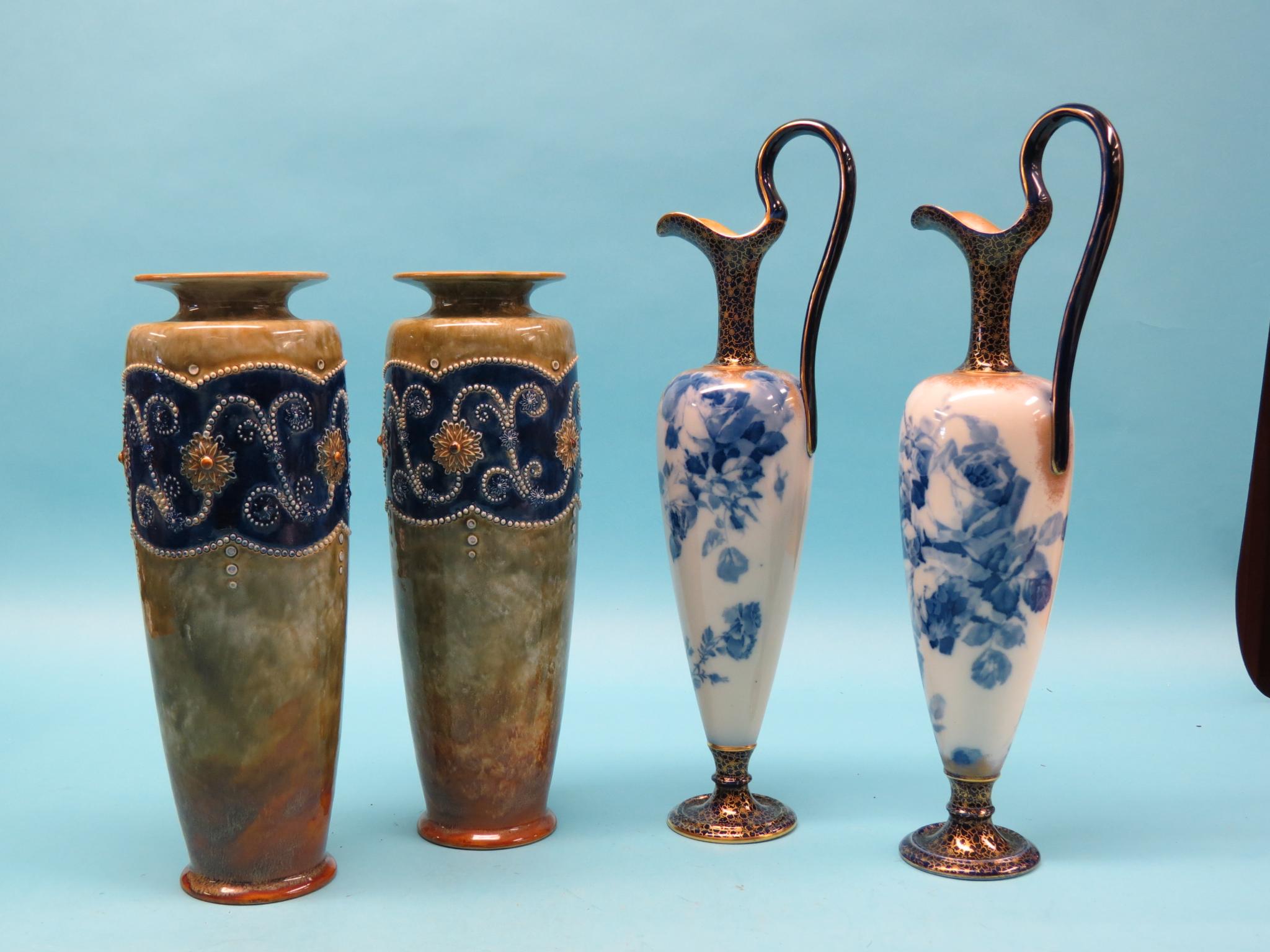 A pair of late Victorian Doulton Burslem ewers, underglaze blue flowers with gilding, 18in. together with a pair of Royal Doulton glazed stoneware vases,... [this item is NOT for sale]