Price guides for A pair of Turkish flintlock pistols with...

Appraise and find values for
A pair of Turkish flintlock pistols with... 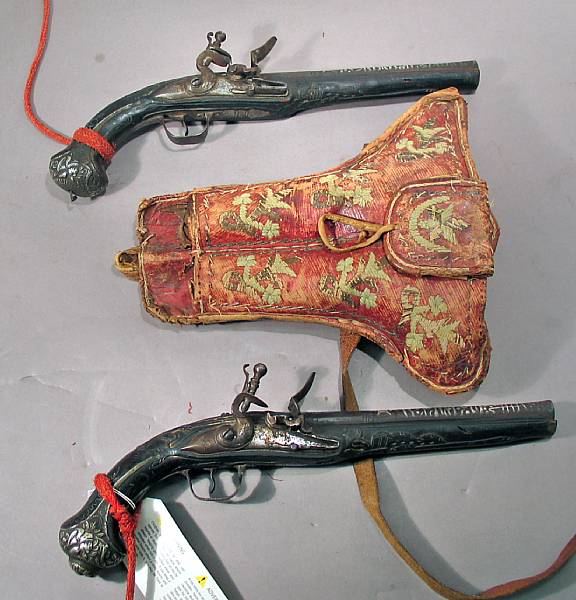 A pair of Turkish flintlock pistols with period holsterearly 19th century Each with 8 3/4 inch three-stage .60 caliber barrel; forward sections chiseled... [this item is NOT for sale]