Price guides for A pair of Northern Italian Baroque walnut...

Appraise and find values for
A pair of Northern Italian Baroque walnut... 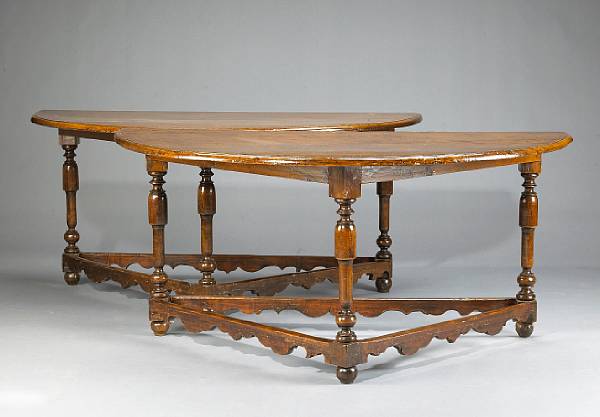 A pair of Northern Italian Baroque walnut demilune tables late 17th century and later Each demilune top forming one half of a circular center dining... [this item is NOT for sale]