Price guides for A pair of Japanese carved ivory figures,...

Appraise and find values for
A pair of Japanese carved ivory figures,... 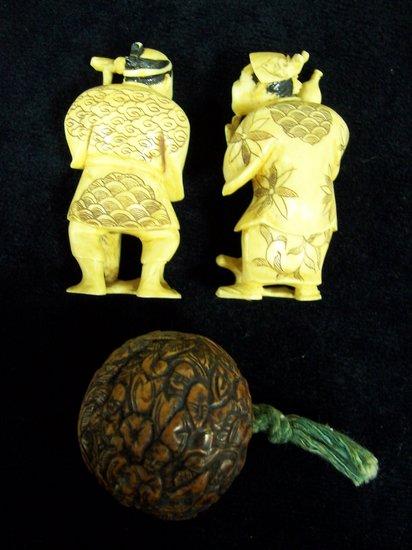 A pair of Japanese carved ivory figures, late 19th Century, a fisherman and an actor, 5cm (2") high, each with incised signature beneath and a walnut carved... [this item is NOT for sale]