Price guides for A pair of German carved oak figures of Ganymede...

Appraise and find values for
A pair of German carved oak figures of Ganymede... 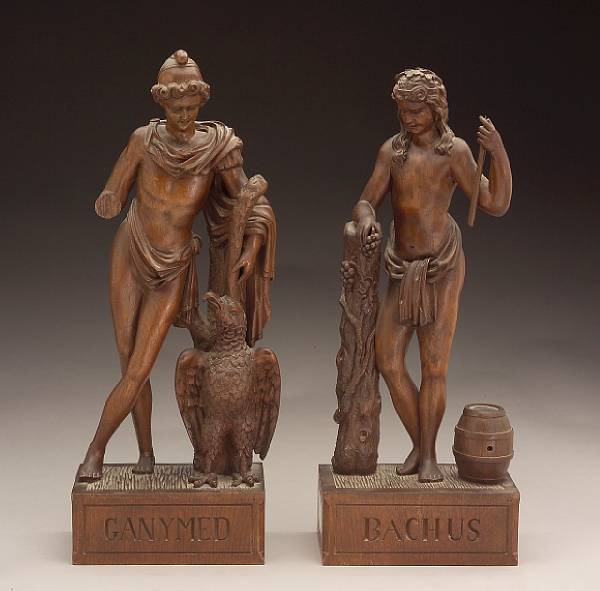 A pair of German carved oak figures of Ganymede and Bacchus late 19th century Each depicted leaning on a tree trunk nude but for drape about the waist,... [this item is NOT for sale]