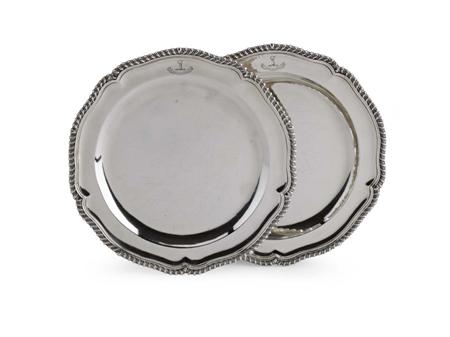 A pair of George III dinner plates J Wakelin & W Taylor, London 1785, of conventional shaped outline with gadrooned border, with later crest engraved... [this item is NOT for sale]