Price guides for A pair of French porcelain figures emblematic...

Appraise and find values for
A pair of French porcelain figures emblematic... 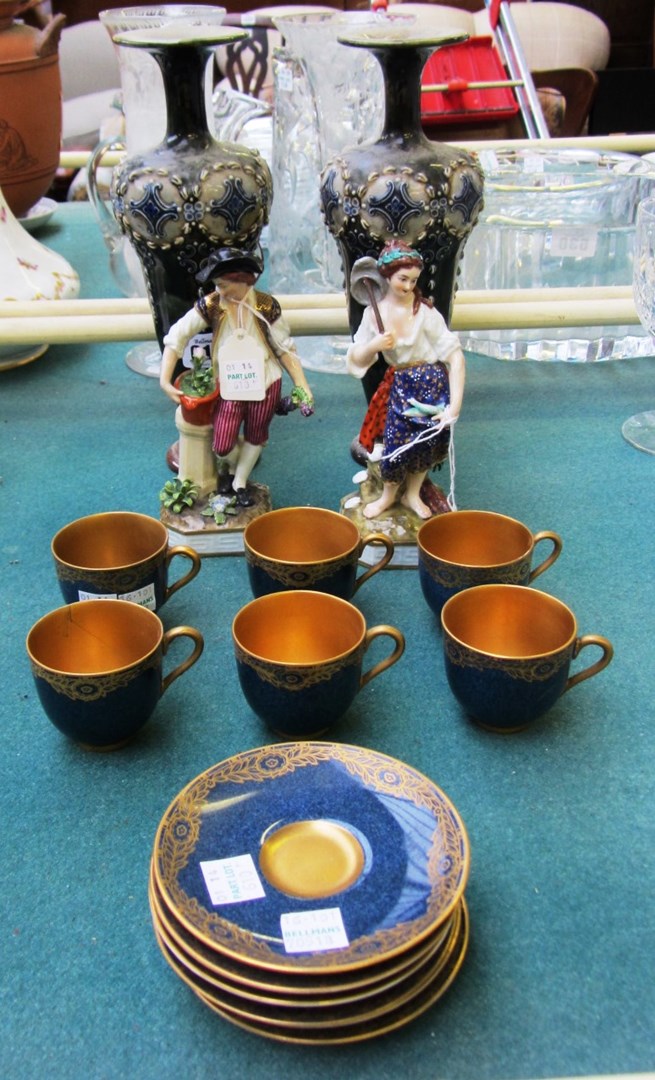 A pair of French porcelain figures emblematic of the seasons in Derby style, 16.5cm high, a pair of Doulton Art Nouveau stoneware vases, 25cm high and...