Price guides for A pair of Continental bisque porcelain figures,...

Appraise and find values for
A pair of Continental bisque porcelain figures,... 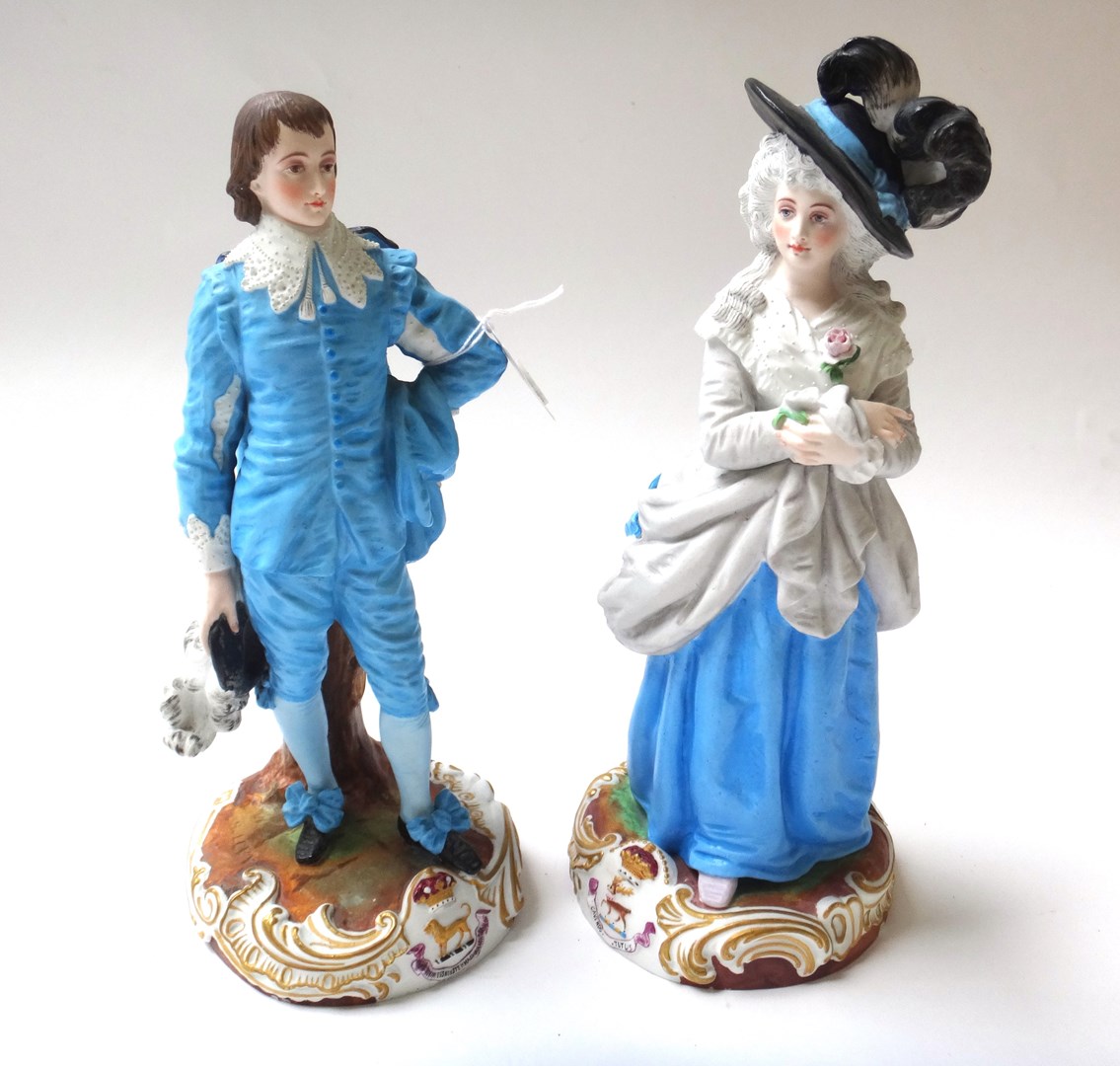 A pair of Continental bisque porcelain figures, early 20th century, modelled as gallant and companion on a crested scroll base, 28cm high, and a pair of...