Price guides for A pair of Chinese Imperial porcelain blue...

Appraise and find values for
A pair of Chinese Imperial porcelain blue... 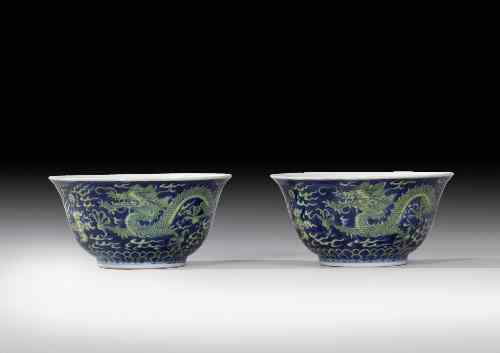 A pair of Chinese Imperial porcelain blue and yellow 'Dragon' bowls each decorated with two five-clawed dragons chasing flaming pearls the interiors with...