Appraise and find values for
A near life size French patinated metal figure... 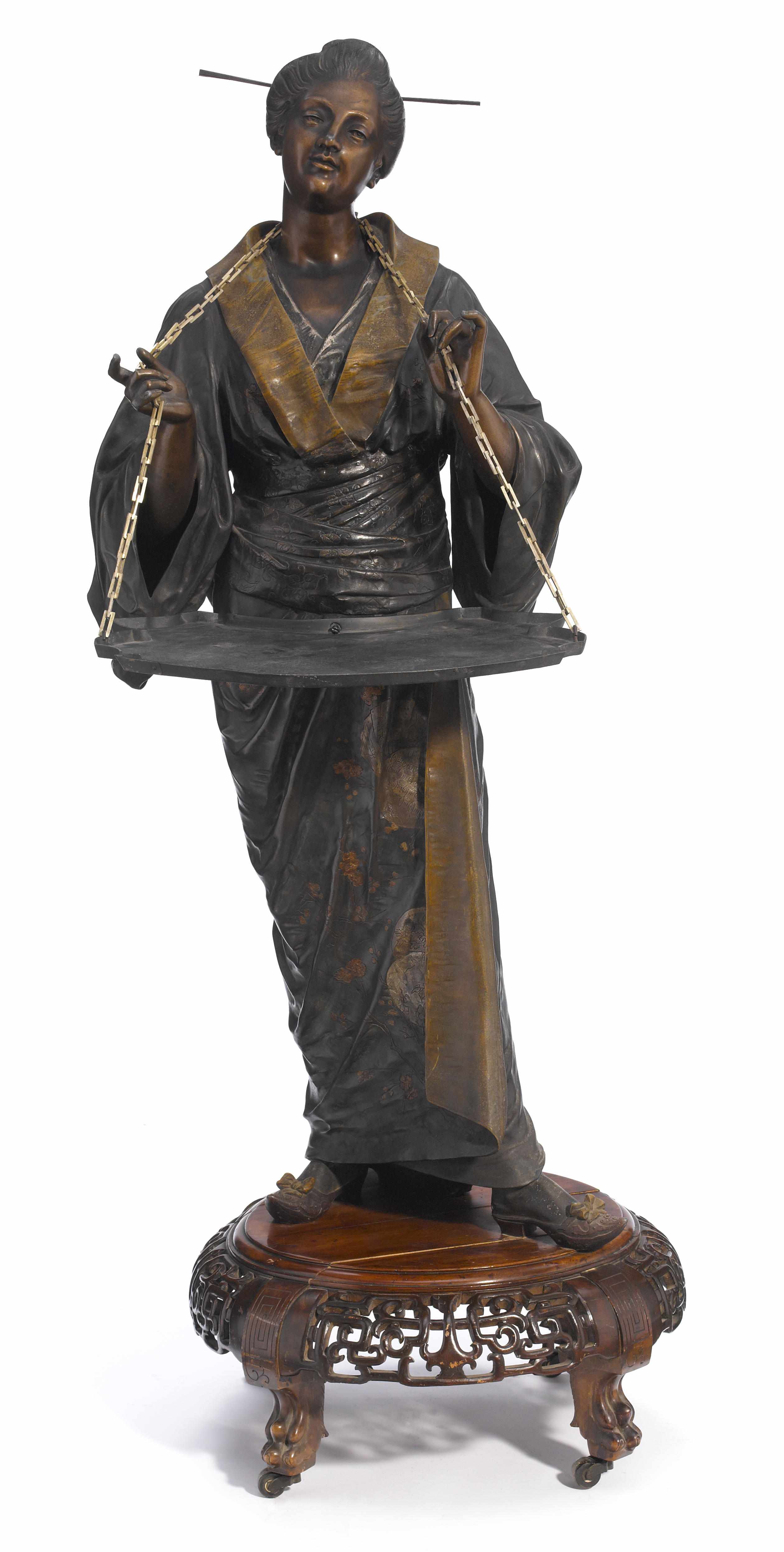 A near life size French patinated metal figure . after a model by Ren Charles Mass (French 1855-1913). circa 1900 The standing Japanese beauty wearing... [this item is NOT for sale]