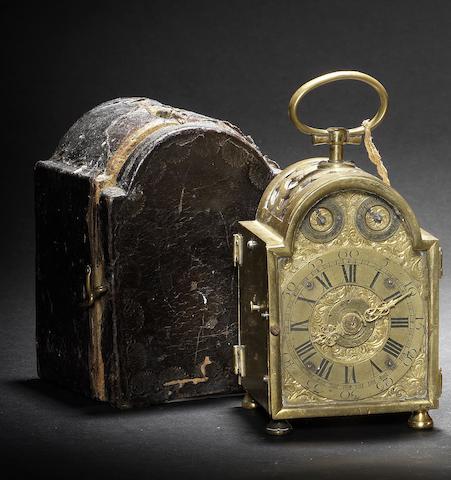 A mid 18th century German gilt brass travelling alarm clock in original leather case the arched case surmounted by a loop handle on a pierced panel over... [this item is NOT for sale]