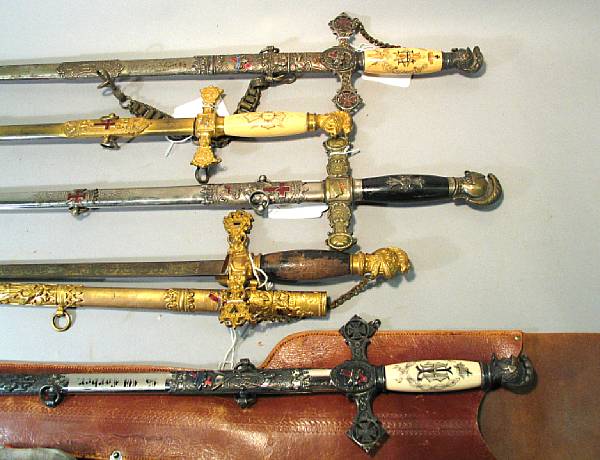 A lot of five American fraternal order swords Comprising: 1) Knights of St. John & Malta, retailed by H.H. Miller of Aurora, Illinois, late 19th century,... [this item is NOT for sale]