Appraise and find values for
A lead tobacco jarof convex form, a sarcophagus... 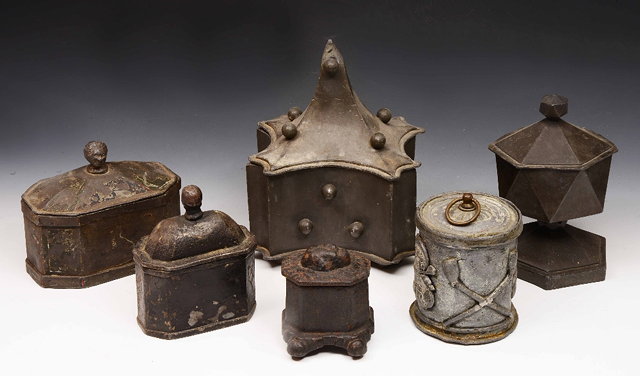