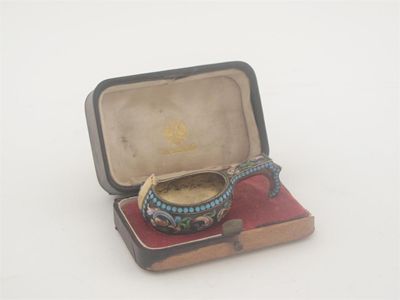 A later 19th/early 20th century Russian silvergilt and cloisonne enamelled kovsch, decorated with polychrome flowers between borders of blue pellets, by... [this item is NOT for sale]