Appraise and find values for
A late Victorian silver vesta case with stylised... 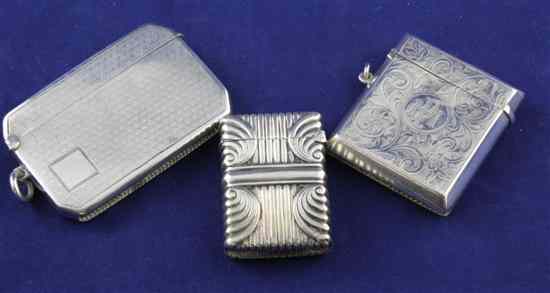