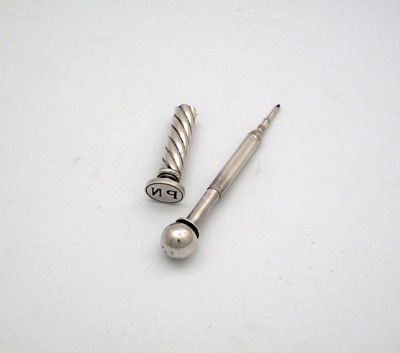 A late Victorian silver combination seal / pencil, by S. Mordan, with French import marks, fluted cylindrical form, the ball finial pulls out to reveal... [this item is NOT for sale]