Appraise and find values for
A late 19th century mother of pearl inlaid... 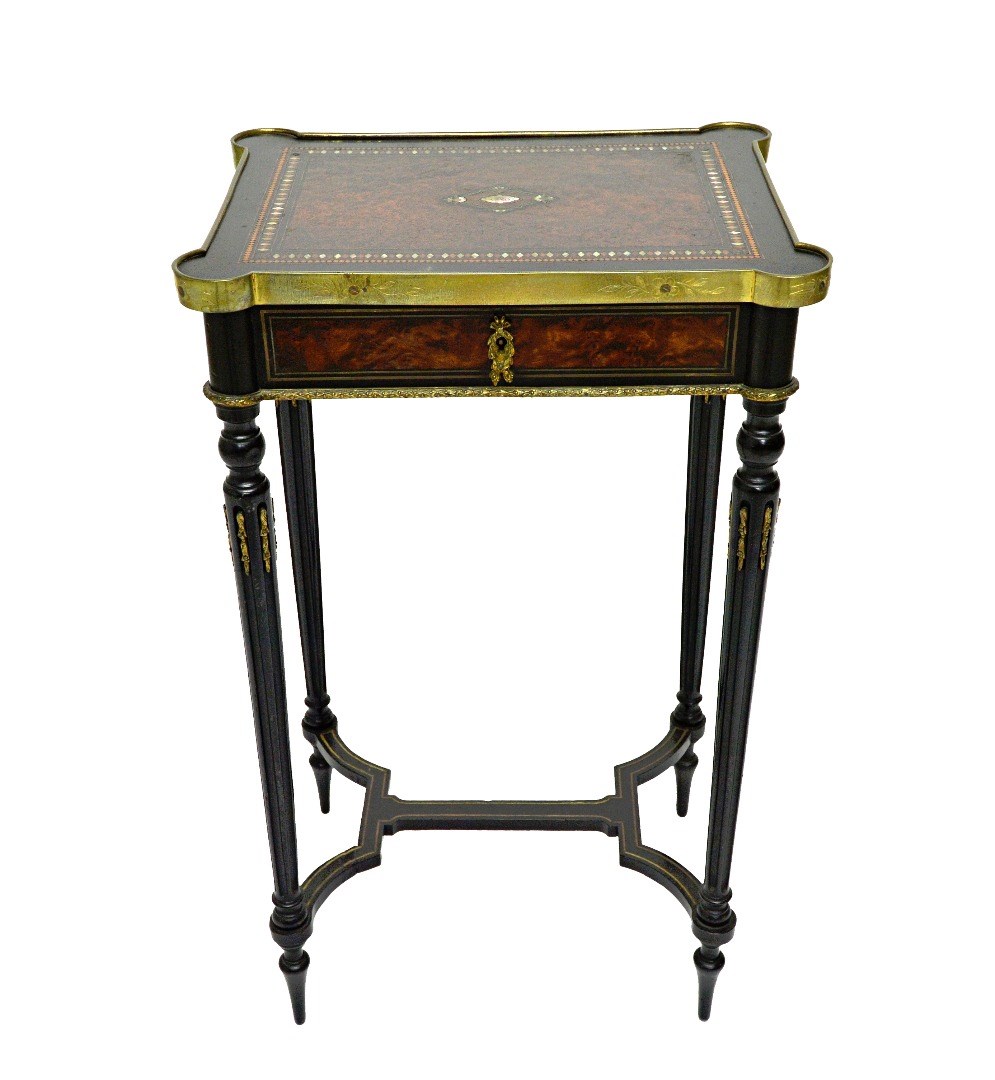