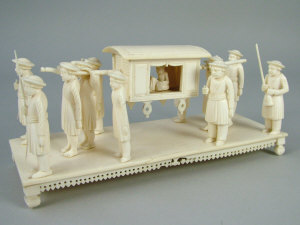 A late 19th century Indian carved ivory figure group, of twelve attendants with a panequin, on a rectangular base, 19 cm long.... [this item is NOT for sale]