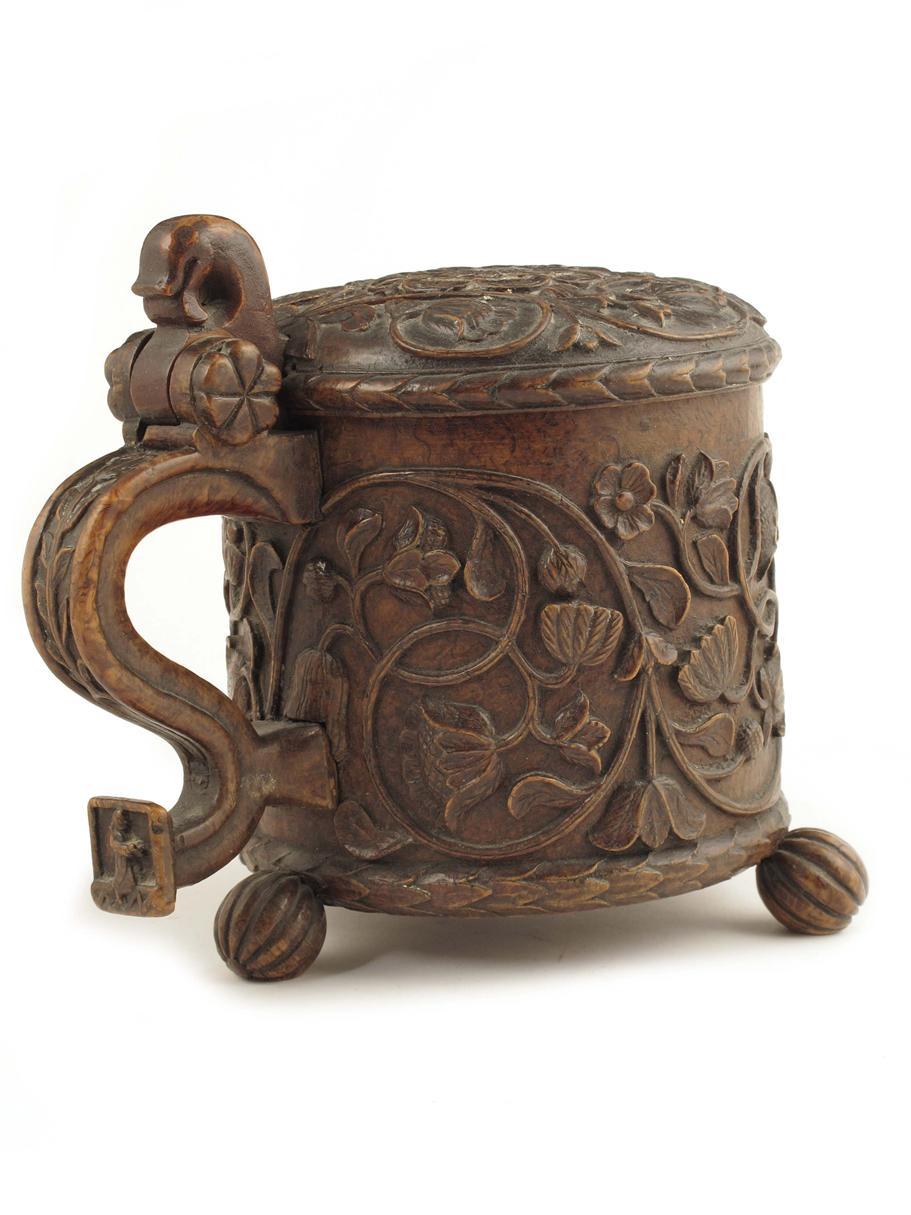 A late 17th century Norwegian burr birch peg tankard... [this item is NOT for sale]