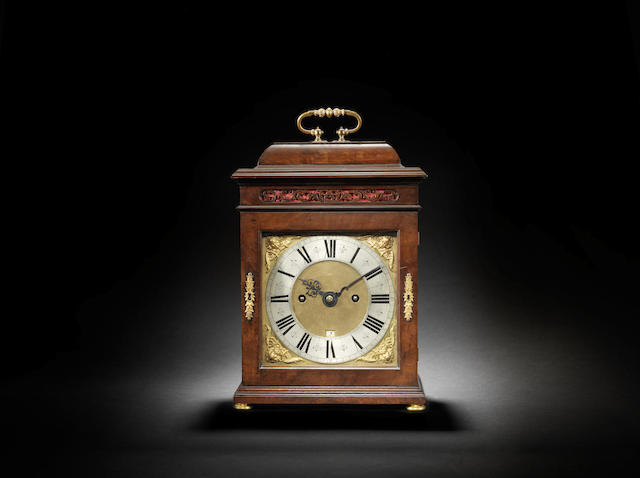 A late 17th century Dutch striking table clock in custom made walnut case Henry Jones in the TempleThe later case with tied bud handle over the low caddy... [this item is NOT for sale]