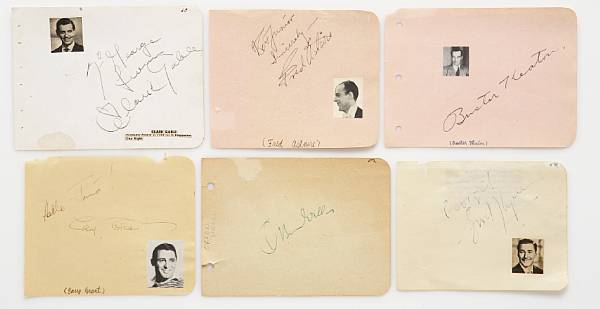 A large group of A-list male movie star signatures, 1930s-1950s All penned in various colors of fountain pen ink on individual pieces of colored paper... [this item is NOT for sale]