Price guides for A large assembled grouping of decorative...

Appraise and find values for
A large assembled grouping of decorative... 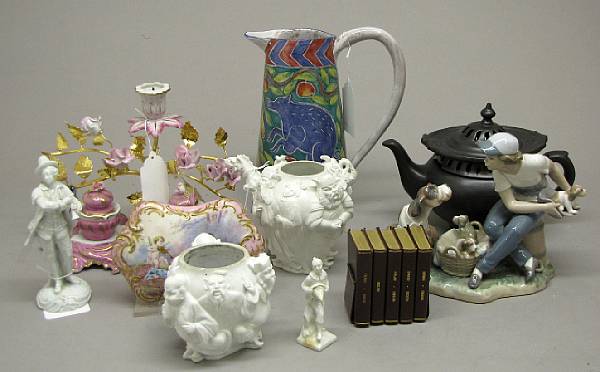 A large assembled grouping of decorative ceramics 19th/20th century Comprising two blanc de chine figures, one commedia dell'arte and the other a musician;... [this item is NOT for sale]