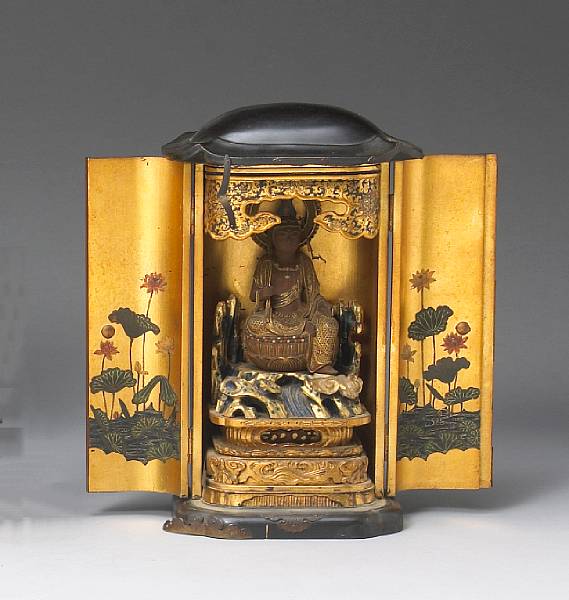 A lacquered wood Buddhist shrine (zushi) Edo Period Featuring a seated bodhisattva, probably Kannon, in a pose of royal ease with one leg pendent, the...