Price guides for A handwritten manuscript document by a Confederate...

Appraise and find values for
A handwritten manuscript document by a Confederate... 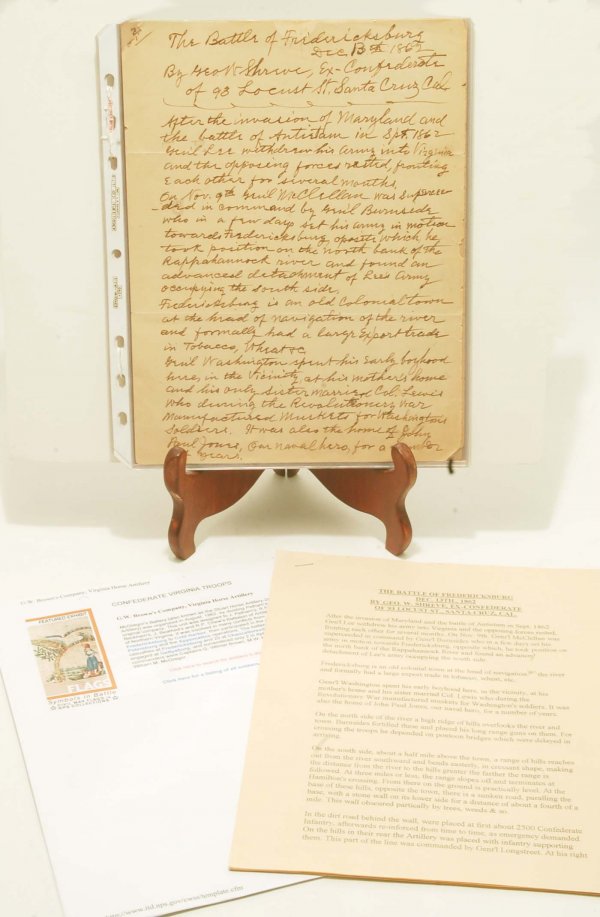 A handwritten manuscript document by a Confederate soldier and member of the Stuart Horse Artillery. Undated, 12 pages, a later recounting of "The Battle... [this item is NOT for sale]