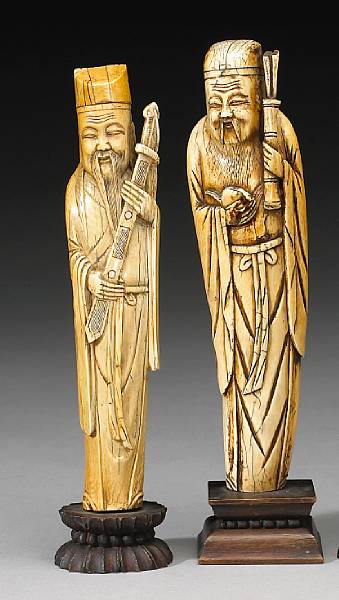 A group of two tinted ivory Daoist immortals 19th Century Including Lu Dongbing holding a sword and Zhang Guolao holding a bamboo tube and a peach,...