Price guides for A group of small Chinese and Japanese carvings Including...

Appraise and find values for
A group of small Chinese and Japanese carvings Including... 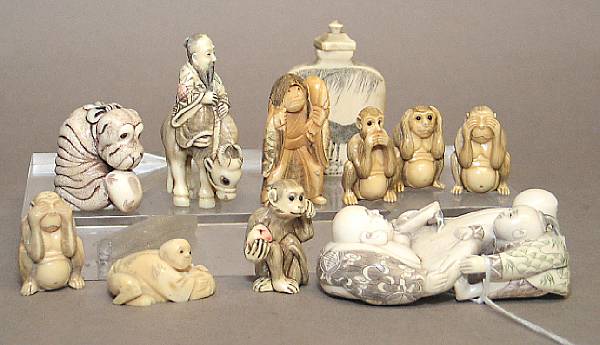 A group of small Chinese and Japanese carvings Including twelve figural and animal studies made of ivory or composite materal, one ivory snuff bottle... [this item is NOT for sale]