Price guides for A group of seven ivory and stag antler figural...

Appraise and find values for
A group of seven ivory and stag antler figural... 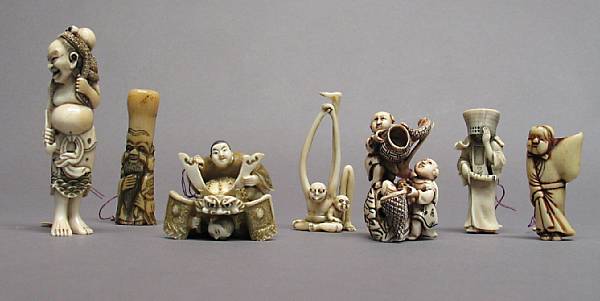 A group of seven ivory and stag antler figural netsuke Including Fukurokuju, a dancing Okame, a diver, boys playing with a massive kabuto, karako feeding... [this item is NOT for sale]