Appraise and find values for
A group of four bronze Buddhist figures Ming... 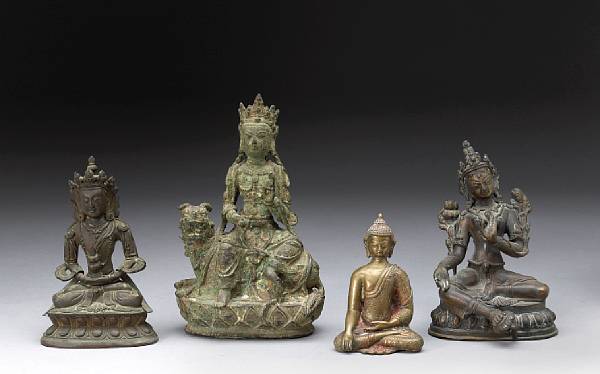 A group of four bronze Buddhist figures Ming Dynasty and Later The first depicting a heavily jeweled Wenshu seated on a lion, both supported on a lotus... [this item is NOT for sale]