Appraise and find values for
A group of four French Provincial style ladderback... 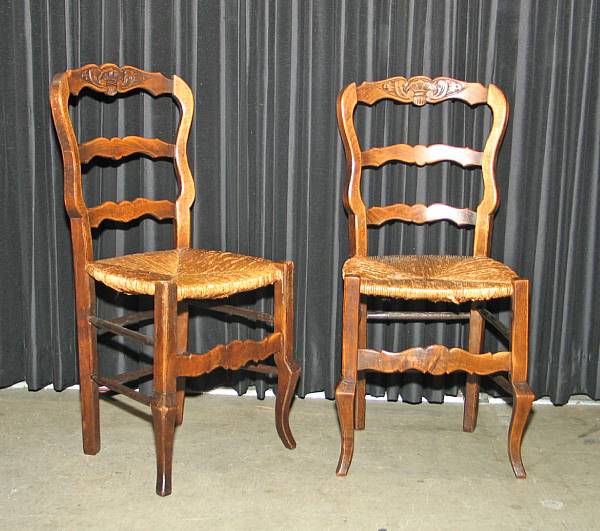 A group of four French Provincial style ladderback side chairs 20th century height 36in; width 16in; depth 14in... [this item is NOT for sale]