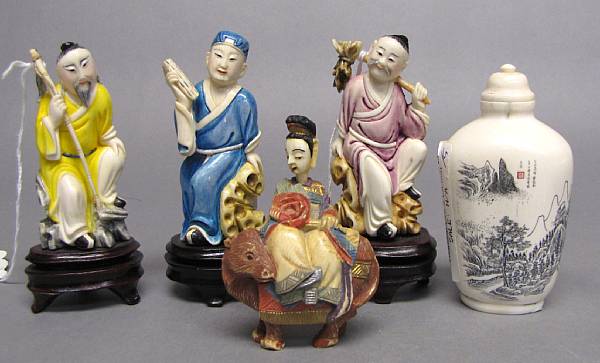 A group of five small tinted ivory decorations 20th Century Including seated figures of a scholar reading a book, a woodsman with a cord of twigs and... [this item is NOT for sale]