Appraise and find values for
A group of five early 19th century portrait... 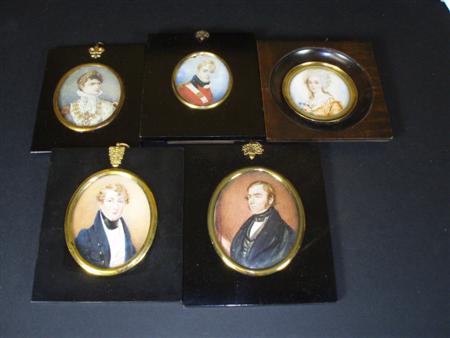 A group of five early 19th century portrait miniatures each in an ebonized and gilt frame, comprising: a miniature of Napoleon in ceremonial dress wearing... [this item is NOT for sale]