Price guides for A group of European boxes to include an...

Appraise and find values for
A group of European boxes to include an... 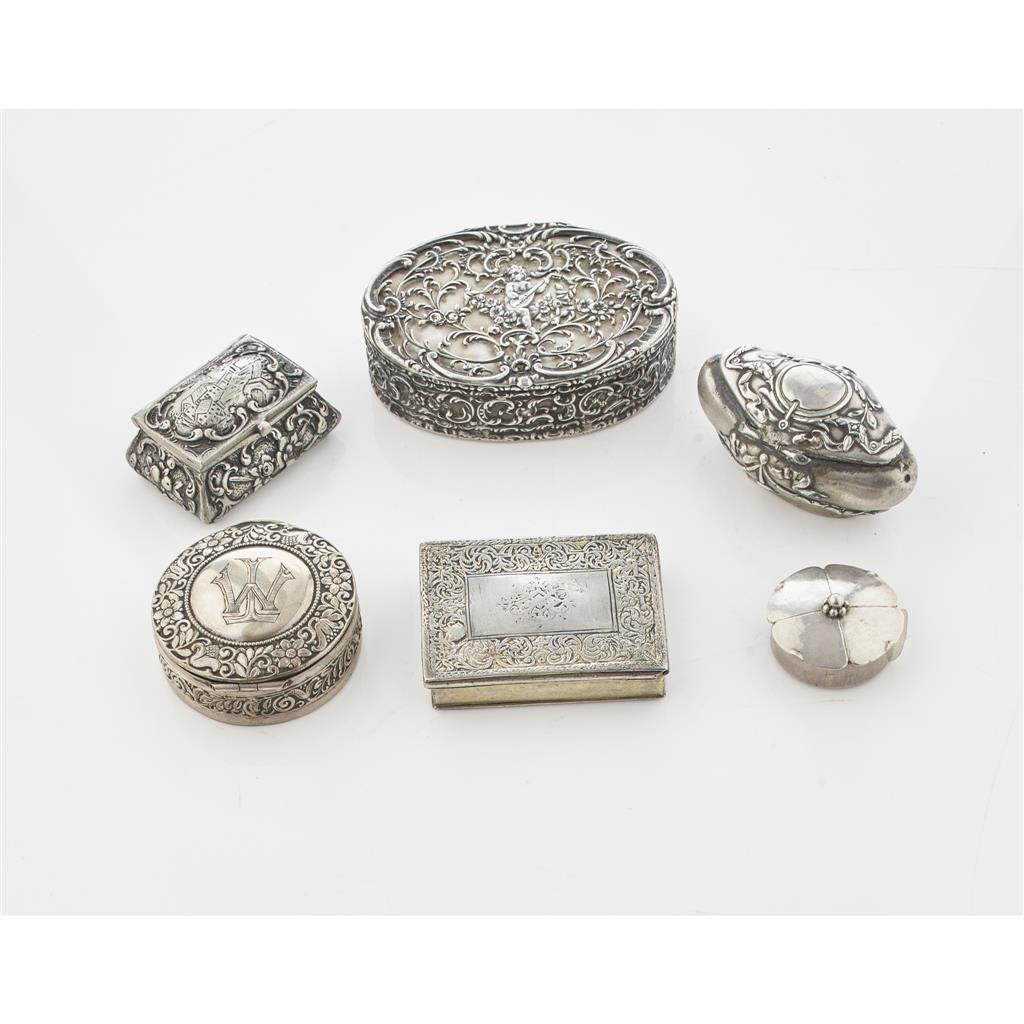 A group of European boxes to include an oval snuff box with mother of pearl cover over laid with pierced silver panel; four other small patch / spice... [this item is NOT for sale]