Price guides for A group of American English and Continental...

Appraise and find values for
A group of American English and Continental... 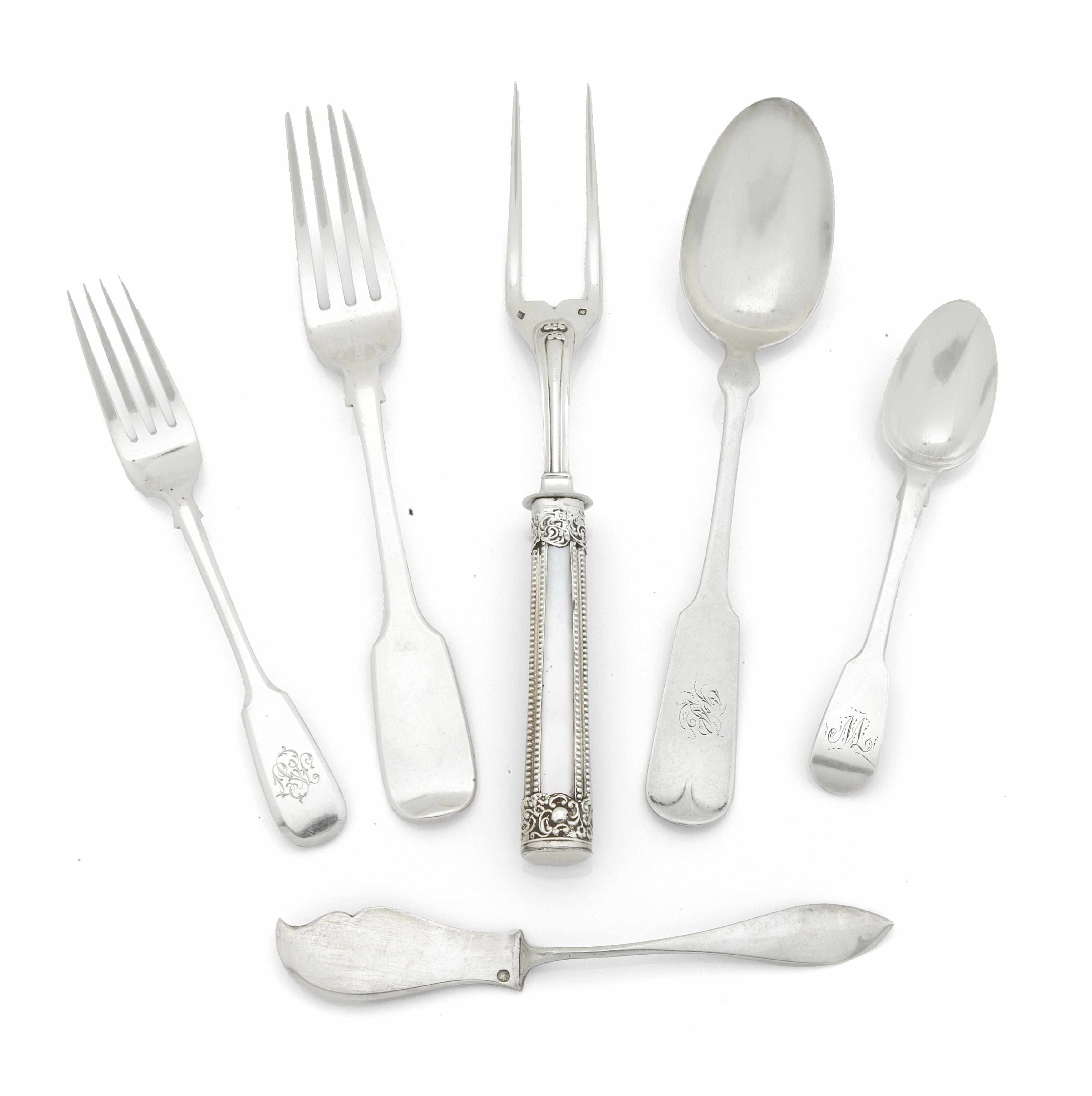 A group of American English and Continental silver flatware Comprising a set of 6 Russian 84 standard luncheon forks (3) and spoons (3) with mark of Ivan...