Appraise and find values for
A gilt bronze seated figure of Guanyin Ming... 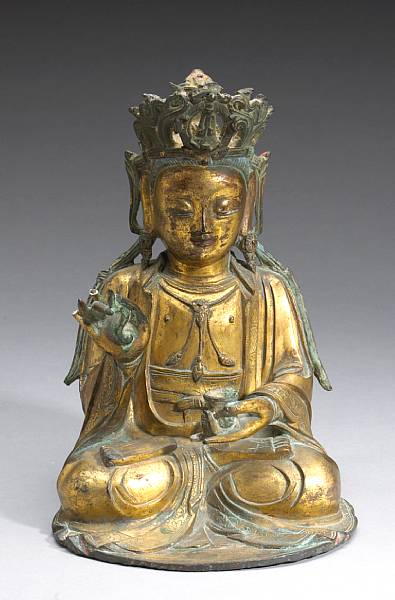 A gilt bronze seated figure of Guanyin Ming Dynasty Seated in the posture of meditation while holding an object in each hand, the garments edged with...