Price guides for A fine bronze figure of a Buddhist guardian...

Appraise and find values for
A fine bronze figure of a Buddhist guardian... 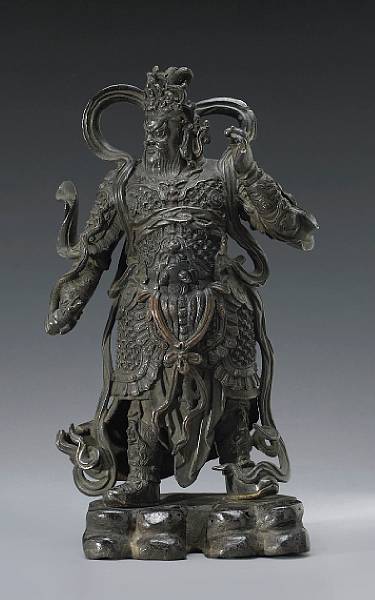 A fine bronze figure of a Buddhist guardian general Ming Dynasty Depicting Guangmu (Sanskrit, Virupaksha), the Indian king of the nagas and guardian...