Price guides for A collection of Royal commemorative wares...

Appraise and find values for
A collection of Royal commemorative wares... 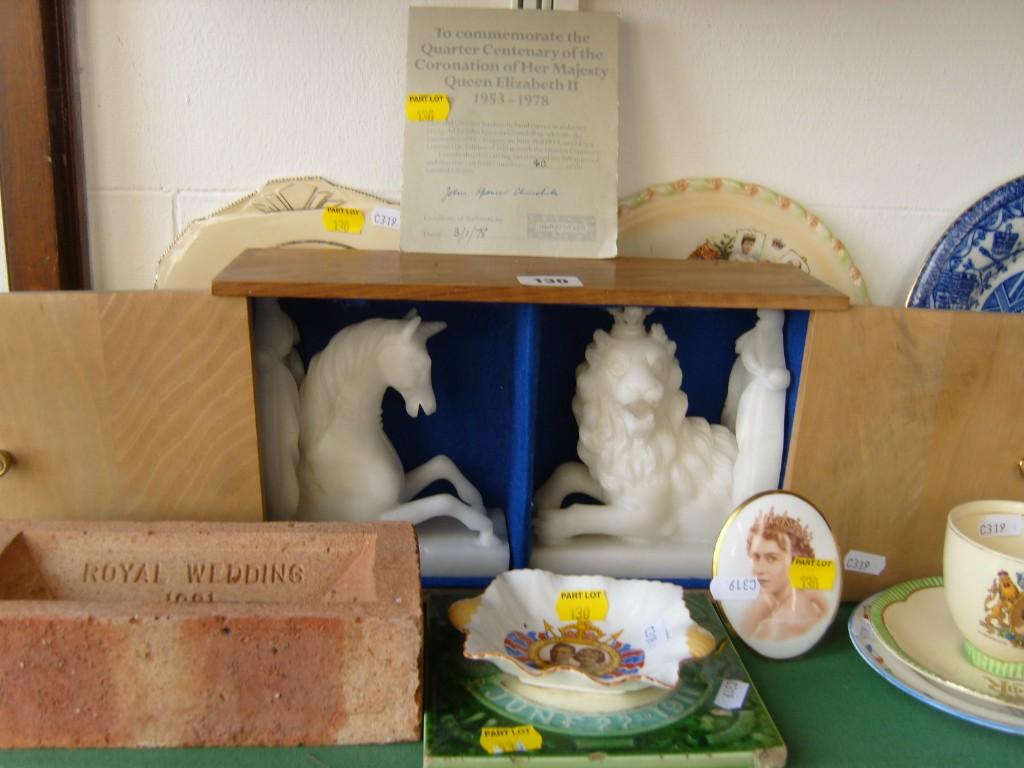 A collection of Royal commemorative wares including a cased pair of carved alabaster bookends in the form of a lion and a unicorn designed by John Spencer... [this item is NOT for sale]