Price guides for A collection of Royal Doulton seriesware...

Appraise and find values for
A collection of Royal Doulton seriesware... 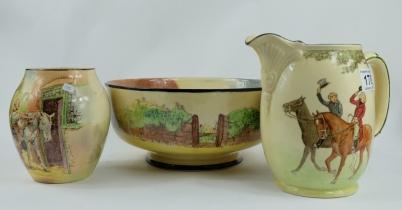 A collection of Royal Doulton seriesware items to include large Gaffers ''I be all the way from Somerset'' fruit bowl, Sir Roger of Coverley vase and hunting...