Appraise and find values for
A collection of 19th century pale green ground... 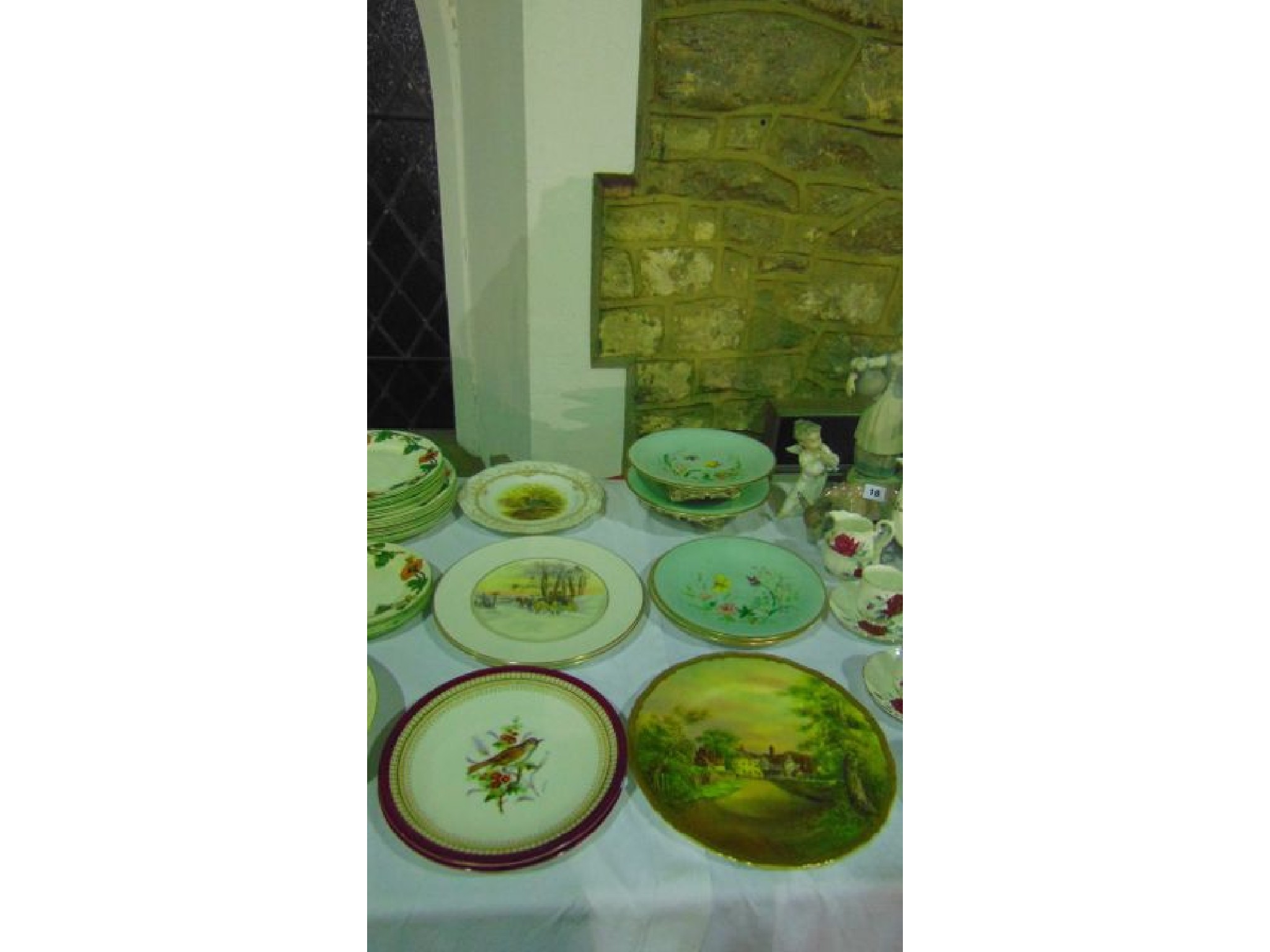 A collection of 19th century pale green ground dessert wares with painted floral and butterfly and other insect decoration, with faint impressed mark to... [this item is NOT for sale]