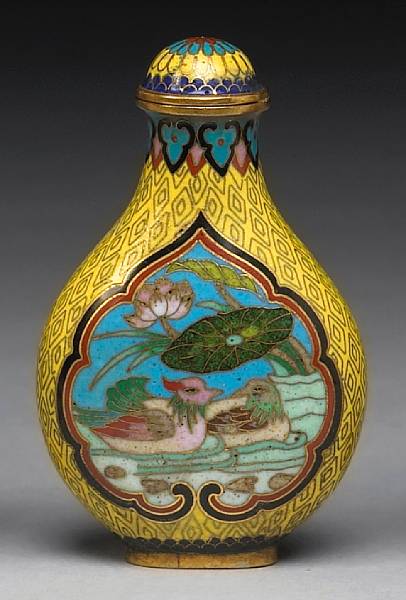 A cloisonné enamel-decorated snuff bottle Qianlong Mark, Late Qing Dynasty Of fattened pear shape and supported by an oval foot-rim, decorated on each...