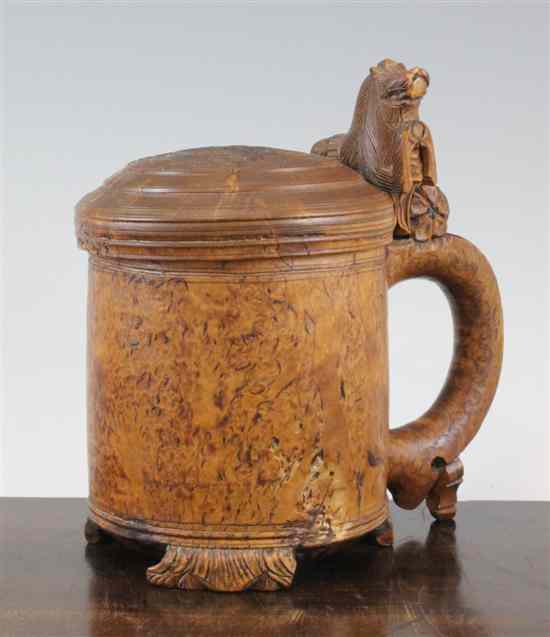 A burrwood lidded tankard Norwegian late 18th century with lion relief carved cover on three lion feet 8.25in. Estimate ?400-600 Some minor scattered dents... [this item is NOT for sale]