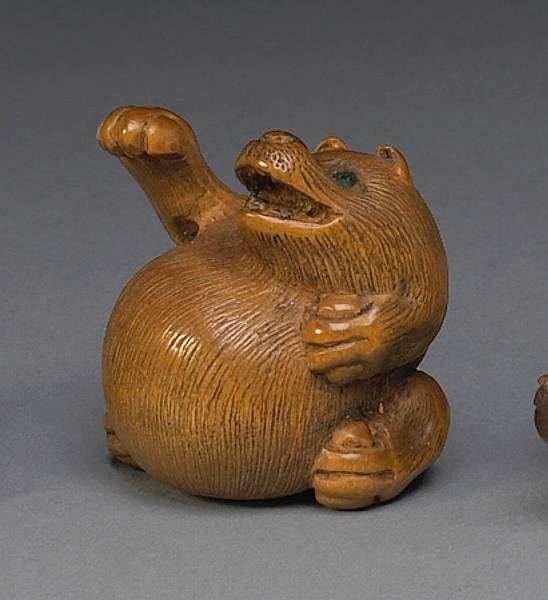 A boxwood animal study 19th Century, School of Minko Depicting a pot-bellied tanuki, or raccoon-dog, seated in the pose of a manuki neko with one arm...