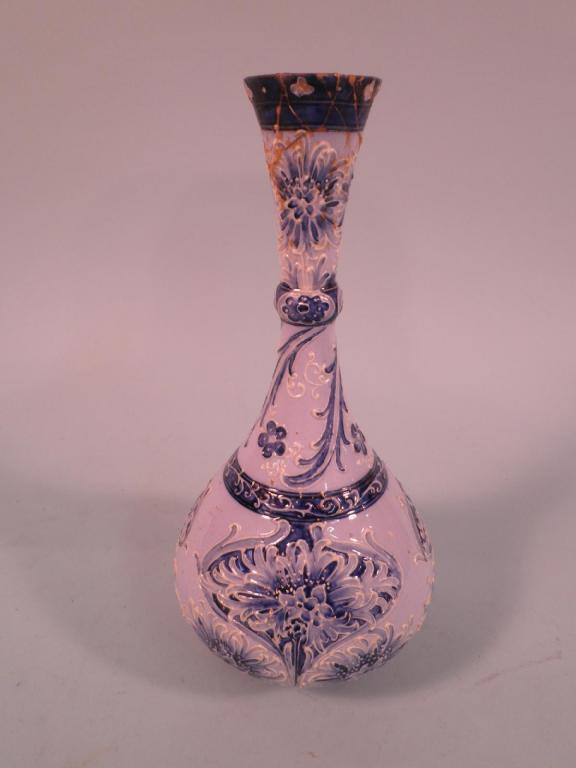 A William Moorcroft Florian ware bottle vase, with typical tube lined decoration of flowers, initialled in green to base and printed pottery mark in red,... [this item is NOT for sale]