Price guides for A Victorian abalone inlaid, painted and parcel...

Appraise and find values for
A Victorian abalone inlaid, painted and parcel... 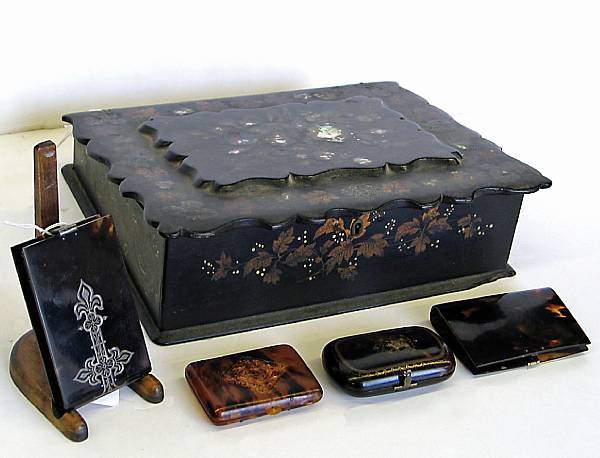