Appraise and find values for
A Verdigris Finished Architectural Element... 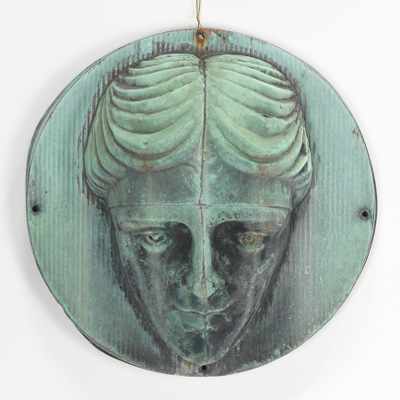 A Verdigris Finished Architectural Element Hammered and assembled copper mask of a woman ca. 1900 on a circular back designed to be seen from below.... [this item is NOT for sale]