Appraise and find values for
A Thai bronze figure of Garuda Bangkok Period,... 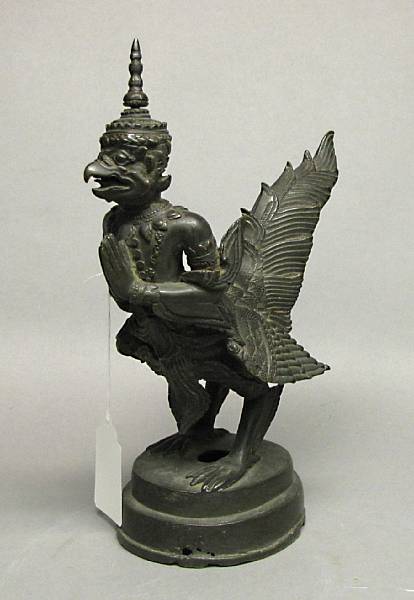 A Thai bronze figure of Garuda Bangkok Period, 19th Century The bird-headed divinity standing in a pose of worship with its hands to the front in namaskara... [this item is NOT for sale]