Appraise and find values for
A Swiss gilt metal and enamel singing bird... 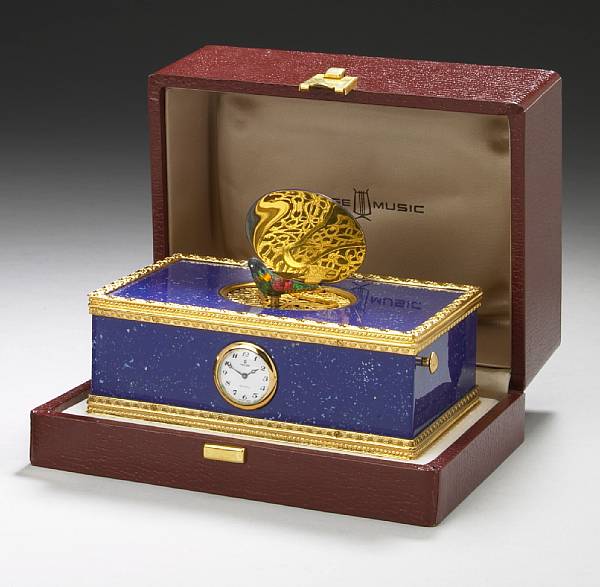 A Swiss gilt metal and enamel singing bird music box second half 20th century The speckled blue ground inset with timepiece to the front, the hinged... [this item is NOT for sale]