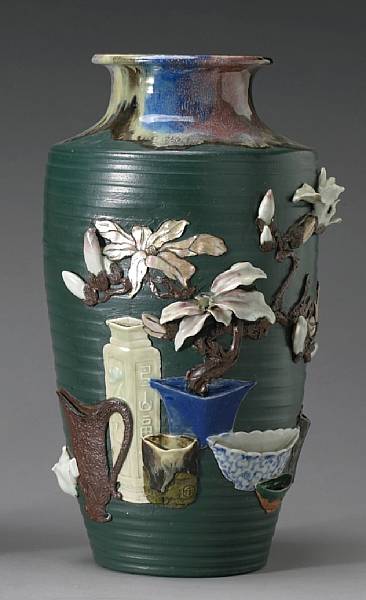 A Sumidagawa earthenware vase Early 20th Century Of baluster form, the thickly potted, ribbed body decorated with applied relief of nine ceramic vessels,... [this item is NOT for sale]