Appraise and find values for
A Spanish Baroque walnut vargueno on stand vargueno... 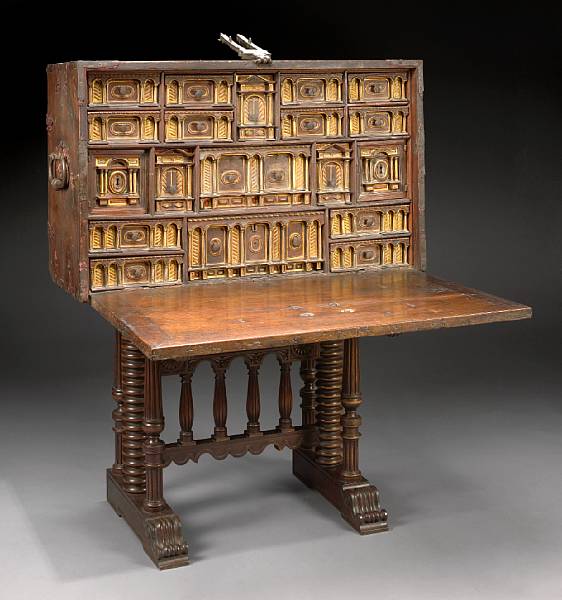