Appraise and find values for
A Spanish Baroque parcel gilt and gilt iron... 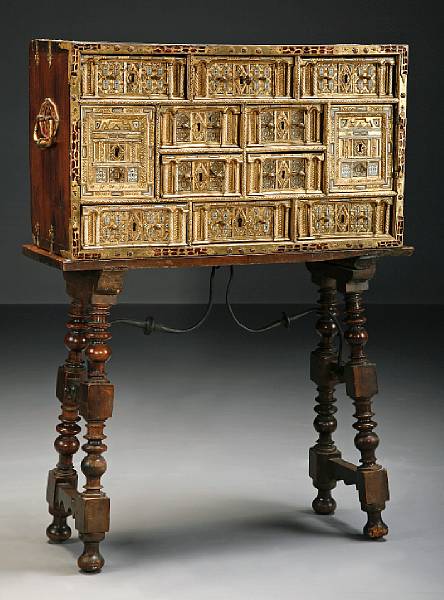