Price guides for A Southeast Asian gilt and polychrome painted...

Appraise and find values for
A Southeast Asian gilt and polychrome painted... 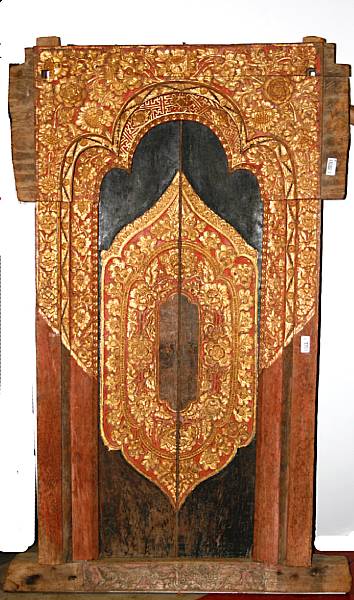 A Southeast Asian gilt and polychrome painted wood pair of doors and surround The architectural fragment of six pieces that include a lintel with projecting... [this item is NOT for sale]